1,300 hit by food poisoning in Mexico 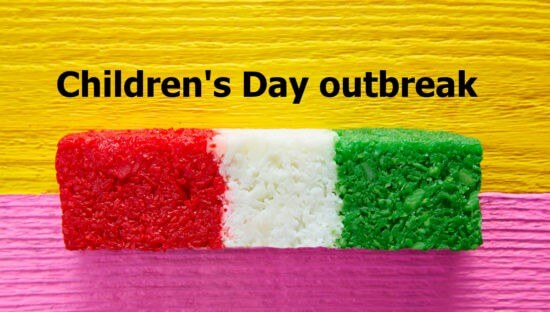 More than 1,300 people have suffered suspected food poisoning in the Mexican state of Veracruz https://www.oecd.org/education/imhe/46827070.pdf after eating cake.

The Veracruz government reported that 1,358 people were treated in eight hospitals and clinics. People ate the cake, described as being in “poor condition” as part of a celebration of Children’s Day, https://www.timeanddate.com/holidays/mexico/children-day which is marked every April 30 in Mexico.

The Ministry of Health of Veracruz https://www.devex.com/organizations/ministry-of-health-mexico-52587 posted a statement on Facebook confirming medical attention was given to intoxicated adults, infants and three pregnant women.

According to a health agency in Veracruz (SESVER), ingestion of contaminated food happened during an event organized by a non-governmental organization which distributed tamales, cake and beverages. A tamale https://en.wikipedia.org/wiki/Tamale is made with ground meat packed in dough, wrapped in corn husks, and steamed.

The non-governmental organization World Vision Mexico https://worldvisionmexico.org.mx/ issued a statement saying food for the event was provided by different organizations and it was working with authorities to determine the cause of the illnesses.

Between two and four hours after the event, infants had abdominal pain, vomiting and diarrhea. Initial evaluations did not find severe cases or deaths but emergency care continues and more patients are expected due to any incubation period.

In Tehuipango, Tlaquilpa, Zongolica and Río Blanco additional clinics were set up and children have been treated at the Mexican Institute of Social Security (IMSS) https://www.ssa.gov/policy/docs/progdesc/ssptw/2016-2017/americas/mexico.html.

Tests on food samples are being conducted by another agency to find the origin of the poisoning and results are expected in the next few days.

The source is suspected to be pozole https://en.wikipedia.org/wiki/Pozole – a type of stew or soup – which was consumed in celebration of Children’s Day. The incident happened in Mezcalcingo, a town in Chilapa.

Of those sick, 60 were initially reported as seriously ill but the secretary of health, Carlos de la Peña Pintos, later reported that infants who ate food in poor condition were out of danger and stable.

A total of 108 people were taken to Hueycantenango, a city in José Joaquín de Herrera for treatment. The governor, Hector Astudillo Flores, said the navy https://www.navy.mil/, Red Cross https://www.redcross.org/ and emergency response teams were involved.